How Blockchain Technology is the Future of App Development?

How Blockchain Technology is the Future of App Development?

Blockchain technology is not limited just to cryptocurrencies, rather it is one of the coolest innovations that can completely revolutionize the way mobile apps are constructed.
It can be understood that Blockchain is newer than any other technology like cloud computing, AI, and IoT. Most of the population isn’t aware of this concept and follows a rough idea of the same.
However, it is growing at a good pace to make its place. The slower phase can be considered as a mega opportunity for new startups and major corporates. In fact, major industries like banking, voting, contract management, currency exchange, share market, currency exchange, etc are employing this to maximize their revenue.
As said above, Blockchain can maximize the profits for the corporates, it may bring a revolution to the app development industry. These industries have already witnessed the need for this technology as 2600 Blockchain apps have already been released which are in use by 37000 daily users as per a survey conducted in 2018. Though the numbers aren’t lucrative enough, they are expected to shoot up tremendously in the times to come.
Existing corporates using BlockChain Technology
But before getting into the methods, let’s calm your curiosity for the basics of Blockchain Technology.
What is Blockchain Technology?
Blockchain is a chain of blocks that carries data. With every block connected to the consecutive ones, the data remains transparent to everyone in the loop. However, manipulating the data will be a tough job as it requires authentication.
Blockchain is the digital version of the ledger system mostly used in the banking sector. It stores the data on several computer systems across the world and remains decentralized.
Secured, transparent, and faster transactions are the major assets of this technology and hence, the future of mobile app development has a big scope for the same. It clears up the need of keeping a mediatory server system and saves the cost. 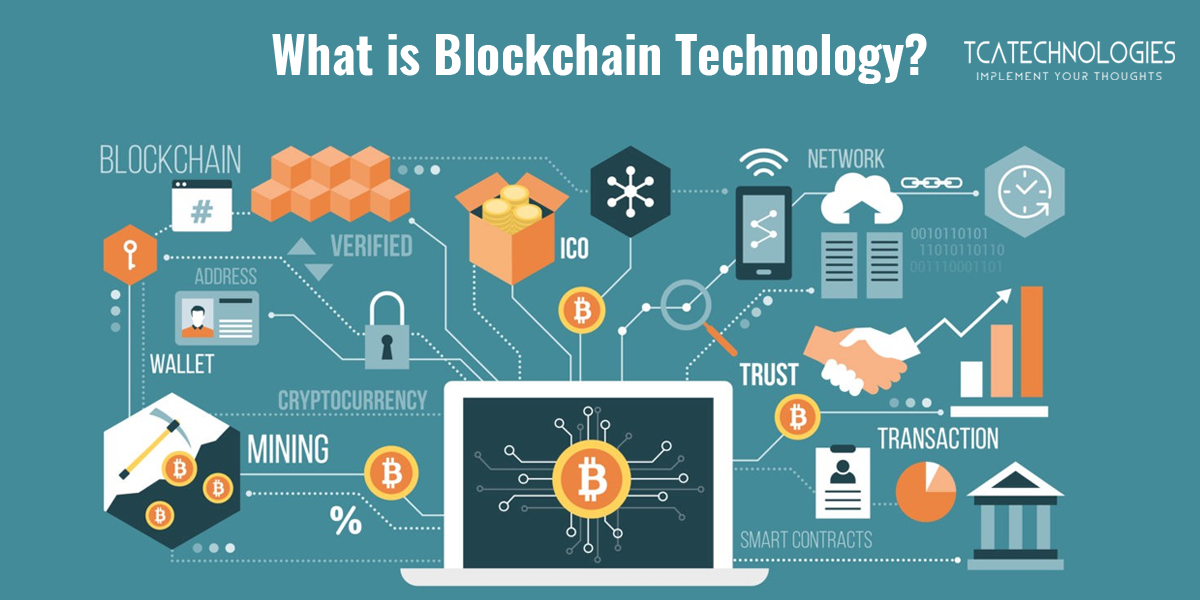 How Can Blockchain break the Tradition of App Development?
1. Decentralized Ledger System
The conventional method of any business data exchange relies on the placement of a centralized server that transmits or distributes the data or information to different nodes. Google, for example, is a centralized server that stores data in billions and when a user enters a query, the request goes to the server and the server responds with the appropriate answer.
In terms of blockchain, the data is stored on thousands of devices which keep updating once the block owner makes any changes. It keeps the transparency during the exchange of information or transactions.
2. Access Control for Other Users
Encrypting the information is a rock-solid feature of Blockchain Technology that makes data exploitation next to impossible. Data or information stored through Blockchain is completely safe as the peer users are restricted to manipulate the data entered by other users.
Definitely, the data or changes will be accessible to everyone in the node but they aren’t assigned to make changes to it. If you are familiar with Google Docs, your docs which are shared with other users can be accessed by them, however, making changes to it is dependent upon the level of user rights.
3. Popular Platforms to Build BlockChain Apps
Blockchain apps require a platform like any other app development program. It could be tough to build an app on your own as it may require expertise in coding languages like Solidity and Simplicity. You can always consult us if you need an app on similar grounds.
Also, few Blockchain platforms support conventional languages like C, C++, Java, Kotlin, and JS. This would make the execution a bit familiar to all the generations, but may still require specific skills to build the same.
There are 4 popular platforms to build a robust Blockchain App
Conclusion:
It’s high time corporates should put their focus on this tech. The world is currently rising with blockchain technology and it is a great opportunity for business to maximize their profits with this decentralized ledger system. As a pioneer app development company in India, we expertise in blockchain app development and understand the criticality of the same.
We’d be eager to support you with your app development endeavors and build your future-ready business.

Hello Siri to Ok Google - The Way Search is Changing